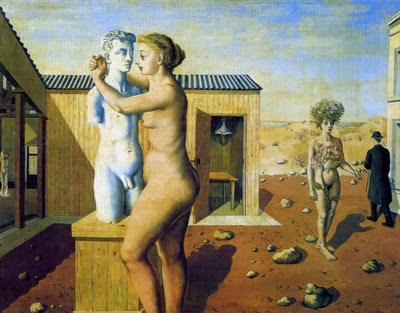 In Ovid's narrative, Pygmalion was a Cypriot sculptor who carved a woman out of ivory. According to Ovid, after seeing the Propoetides prostituting themselves, he was 'not interested in women', but his statue was so fair and realistic that he fell in love with it. In the vertex, Venus (Aphrodite)'s festival day came. For the festival, Pygmalion made offerings to Venus and made a wish. "I sincerely wished the ivory sculpture will be changed to a real woman." However, he couldn’t bring himself to express it. When he returned home, Cupid sent by Venus kissed the ivory sculpture on the hand. At that time, it was changed to a beautiful woman. A ring was put on Galatea's finger. It was Cupid’s ring which made love achieved. Venus granted his wish.

The Story of Pygmalion and the Statue

Pygmalion loathing their lascivious life,
Abhorr'd all womankind, but most a wife:
So single chose to live, and shunn'd to wed,
Well pleas'd to want a consort of his bed.
Yet fearing idleness, the nurse of ill,
In sculpture exercis'd his happy skill;
And carv'd in iv'ry such a maid, so fair,
As Nature could not with his art compare,
Were she to work; but in her own defence
Must take her pattern here, and copy hence.
Pleas'd with his idol, he commends, admires,
Adores; and last, the thing ador'd, desires.
A very virgin in her face was seen,
And had she mov'd, a living maid had been:
One wou'd have thought she cou'd have stirr'd, but strove
With modesty, and was asham'd to move.
Art hid with art, so well perform'd the cheat,
It caught the carver with his own deceit:
He knows 'tis madness, yet he must adore,
And still the more he knows it, loves the more:
The flesh, or what so seems, he touches oft,
Which feels so smooth, that he believes it soft.
Fir'd with this thought, at once he strain'd the breast,
And on the lips a burning kiss impress'd.
'Tis true, the harden'd breast resists the gripe,
And the cold lips return a kiss unripe:
But when, retiring back, he look'd again,
To think it iv'ry, was a thought too mean:
So wou'd believe she kiss'd, and courting more,
Again embrac'd her naked body o'er;
And straining hard the statue, was afraid
His hands had made a dint, and hurt his maid:
Explor'd her limb by limb, and fear'd to find
So rude a gripe had left a livid mark behind:
With flatt'ry now he seeks her mind to move,
And now with gifts (the pow'rful bribes of love),
He furnishes her closet first; and fills
The crowded shelves with rarities of shells;
Adds orient pearls, which from the conchs he drew,
And all the sparkling stones of various hue:
And parrots, imitating human tongue,
And singing-birds in silver cages hung:
And ev'ry fragrant flow'r, and od'rous green,
Were sorted well, with lumps of amber laid between:
Rich fashionable robes her person deck,
Pendants her ears, and pearls adorn her neck:
Her taper'd fingers too with rings are grac'd,
And an embroider'd zone surrounds her slender waste.
Thus like a queen array'd, so richly dress'd,
Beauteous she shew'd, but naked shew'd the best.
Then, from the floor, he rais'd a royal bed,
With cov'rings of Sydonian purple spread:
The solemn rites perform'd, he calls her bride,
With blandishments invites her to his side;
And as she were with vital sense possess'd,
Her head did on a plumy pillow rest. 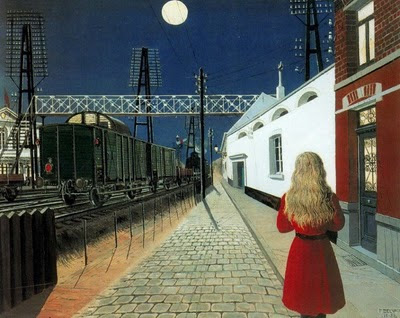 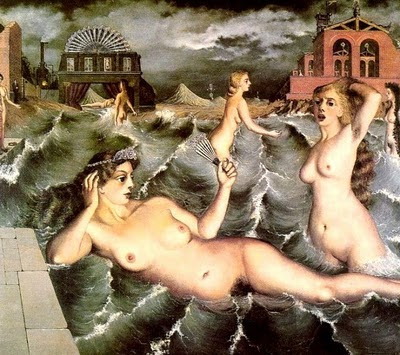